Lincoln Forums Navigation:
Menu
Log in
Register
Navigation
Install the app
More options
Contact us
Close Menu
You are using an out of date browser. It may not display this or other websites correctly.
You should upgrade or use an alternative browser.

what did you do to your town car this week? 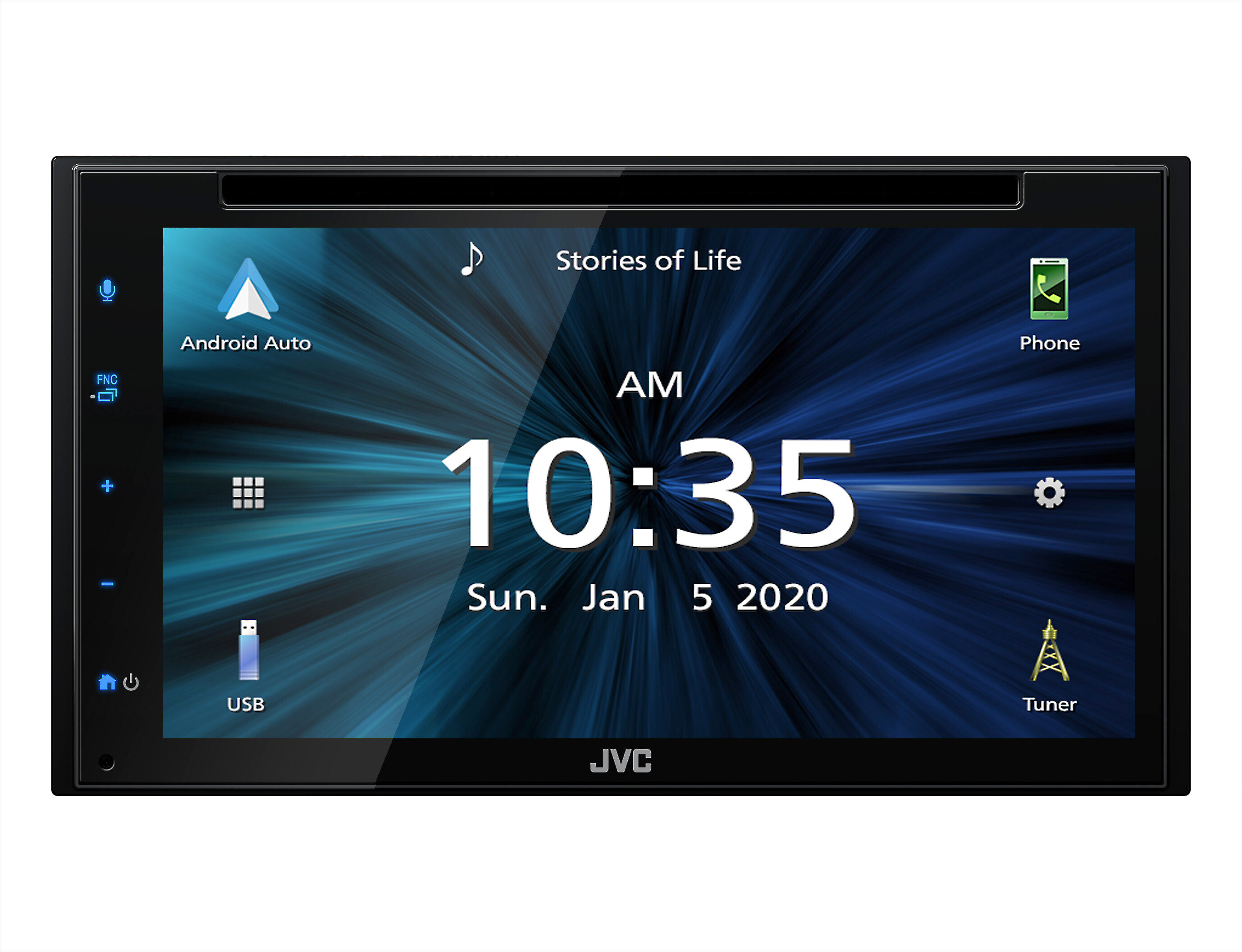 A JVC KW-V660BT DVD Receiver. It has all of the features I want (Android auto, bluetooth, hands free, gestures, backup cam, etc). It has sound sculpting features that put the OEM radio to shame. Ridiculously advanced for the money. At least it is ridiculously advanced by my ill-informed measure.

JVC and Kenwood are the same company and both have been making car audio forever.

Since I drive an '03 and Ford redesigned in '03 to allow for a double din unit, might as well make use of the space, right? Plus, I like to buy CDs at yard sales and estate sales. I have an OK collection. Cool thing about being old is that much of the music you grew up loving is now cheap on CD at an estate sale. Uncool thing is soon enough all of your CD collection will be up for sale at an estate sale.............(cue spooky music).

When I emerge from an estate sale excitedly clutching that Jethro Tull CD, it would be nice to be able to get into the car and play it. I would be mad at myself if I had to wait until I got home because I got $50 cheap when I was spending over half a grand on upgrading my head unit.

Yes. That's right. I'm spending $50 extra dollars so I don't have to moan about not listening to a $2 CD that I might buy over the next few years. I don't like moaning over anything. So there.

Good luck on your chase, dude. Thanks for starting the stereo thread. It prompted me to get up off my butt. I had been indecisively wavering between different head units for a while. I knew I was going to do it, but didn't want to make a bad buy and had been holding off until I had the car for a while. I wanted to make sure that it wasn't a bad buy in itself. The car has been great - honestly the best car I've ever owned.

Your thread prompted me to say "meh, get on with it. You don't like Sony. Kenwood, JVC, JBL, etc have always put out reliable products over your lifetime. Buy your ticket and take your ride, fer Pete's sake."

One of the nice things about the JVC receiver (the Kenwood mechless version of this one too - they're the same thing) is the ability to put in your own custom wallpaper. I don't know if that's common or not, but I'm going to try my hand at locating/editing a tasteful Lincoln wallpaper so that the jarring nature of such modern technology in so archaic a dash won't seem quite so off-putting.
Click to expand...

If you took pictures and wrote a step by step and documented it on the forum, you would be many people's hero

Yesterday, I realized I had a blown front right speaker which was a shame because I really liked the stock speakers, they kicked out a ton of mid bass and sounded clear enough for me.

So I stopped by best buy and grabbed a few Kicker 6x8 2-way speakers, 75 watts RMS. Not the pinnacle of quality but Kicker has never let me down before. My head unit is only giving 25 watts RMS so an amp would definitely boost the sound on these, but that's for another day.

Pulling the door panels off my car wasn't so bad as they had clearly been removed prior. And what I learned is that you really only need 4 of the clips intact to get a decent hold on the door, breaking a few isn't a huge deal in my opinion. Anyway, got the speakers in and they sound good. Can't wait to get an amp and give em some more juice!
Last edited: Oct 5, 2020 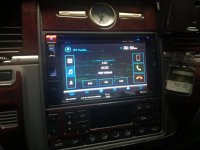 Sweet! What brand is that? Did you install it ?

Got jealous of all this stereo talk I see

Thangleby_Slapdiback said:
Looks great! How does it sound?
Click to expand...

Babyburr said:
Sweet! What brand is that? Did you install it ?
Click to expand... 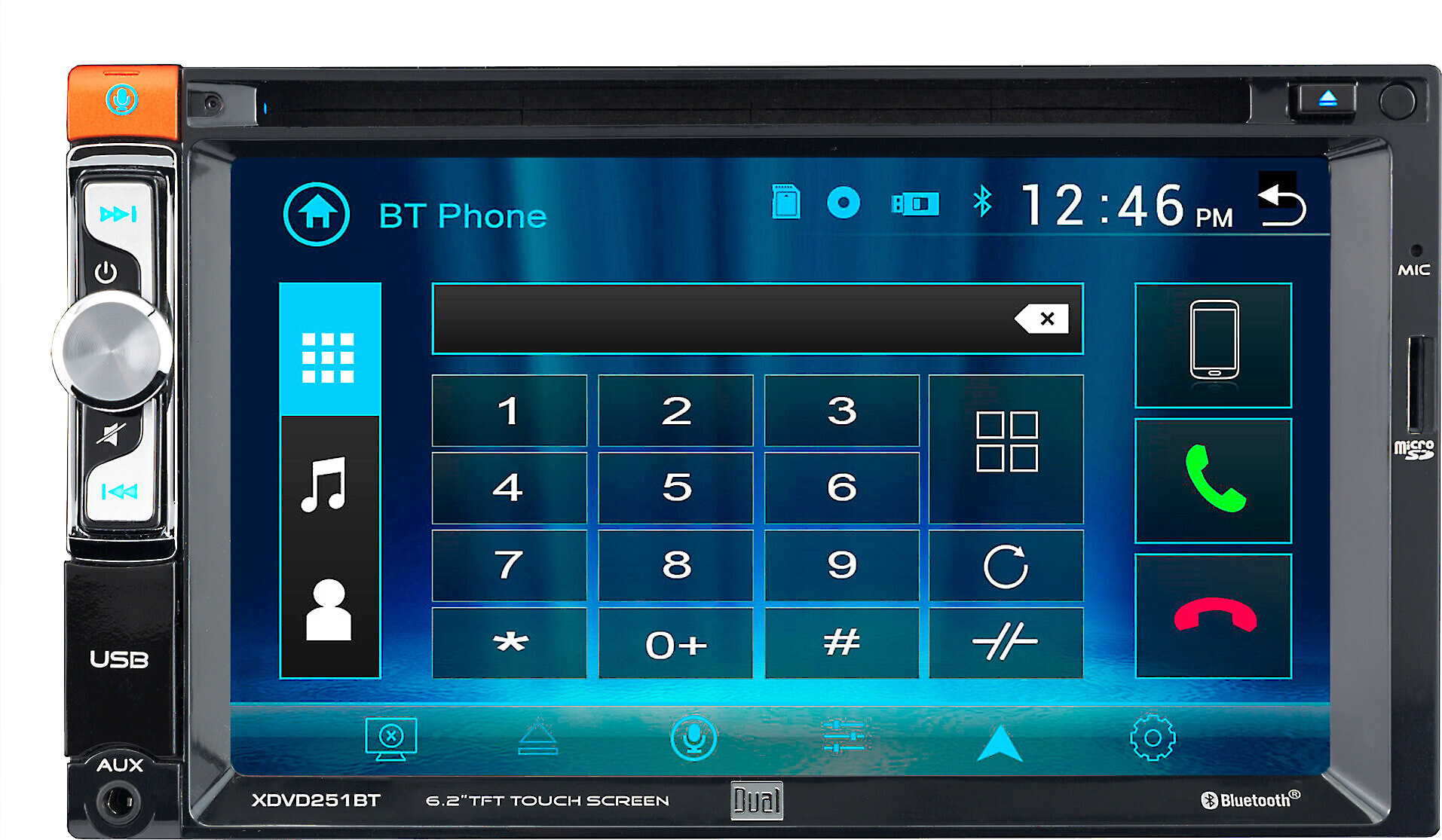 FREE 2-day Shipping: Take your movies and music with you Dual's XDVD251BT DVD receiver makes your dash a welcome home for CDs and DVDs, so you can enjoy

Yes I installed it. Pretty easy.

raiderfan247365 said:
Got jealous of all this stereo talk I see

Actually the factory one was starting to get flaky with FM signals and I got tired of having to plug in the bluetooth adapter every time I wanted to listen to music on my phone.

Glad to hear it. Looking forward to getting mine done.

Thangleby_Slapdiback said:
Glad to hear it. Looking forward to getting mine done.

Did you have to tie the head unit into the reverse light & parking brake in the cabin? That's one of two things I'm a bit iffy about in this.
Click to expand...

No, you only have to do that if you want to add a back up camera. I don't want or need a backup camera. The only factory wiring I had to actually cut and tie into was one wire for the steering wheel controls on the main radio harness.

jkeaton said:
No, you only have to do that if you want to add a back up camera. I don't want or need a backup camera. The only factory wiring I had to actually cut and tie into was one wire for the steering wheel controls on the main radio harness.
Click to expand...

Yea I think @Thangleby_Slapdiback is going for the backup cam install. And the parking brake wiring is dependent on the head unit, typically only units that allow video playback would have to be wired to the parking brake but I am sure there are exceptions. But also, instead of tapping into the parking brake I would really urge you to look at using a micro bypass instead (search amazon, you'll see them). It's not about being able to "break the rules" and watch video while you're driving, it just makes navigating the unit while driving easier and gives the passenger the ability to have full control, just my two cents.

Purchased from Crutchfield.
Install could not have been easier. HIGHLY recommend purchasing the Ready Harness service from Crutchfield.
I only had to connect one wire and that wire was for the Axxess Integrate ASWC-1 steering wheel control adapter.
Also connected a Sirius XM SXV300 tuner to the head unit.

Also, had windows tinted 15% and undercoat done at Ziebart.

That’s the one I’ve been looking at.

Just got my 1998 executive 2months ago.75.000 miles. With low mileage and a lot of sitting. When I bought it. it had its issues. So far this month I put in air shocks and solenoids. Got pissed off at it and put in coil springs. Throwing away those Brand new set of bags. One window motor and regulator. One wiper motor. One turn signal switch. One power mirror switch. Fuel filter. Fuel pump. Restore the headlights. Four new tires.

I just finally replaced my driver's lumbar assembly. Now the seat isn't pushing my back out into an uncomfortable position

Nice wheels @Norms1stTC! Over the last week I had a lot of fun on my '03 Cartier:
-Tested out the RainSense wipers, pretty neat! 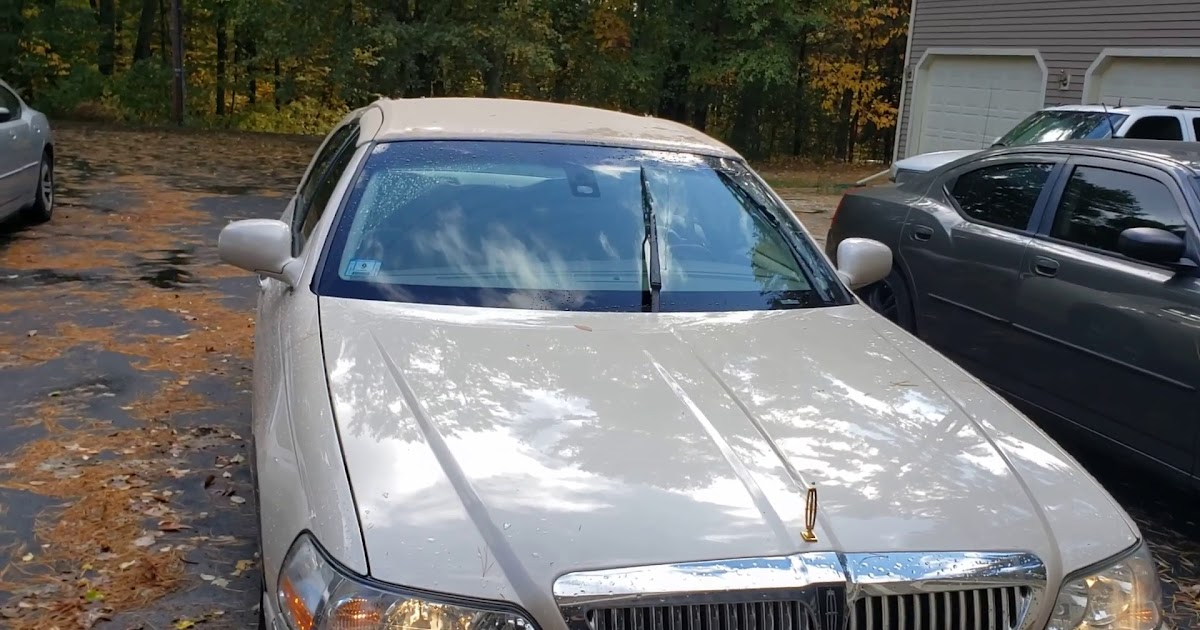 - Replaced my parking assist sensor with a new one, it works! 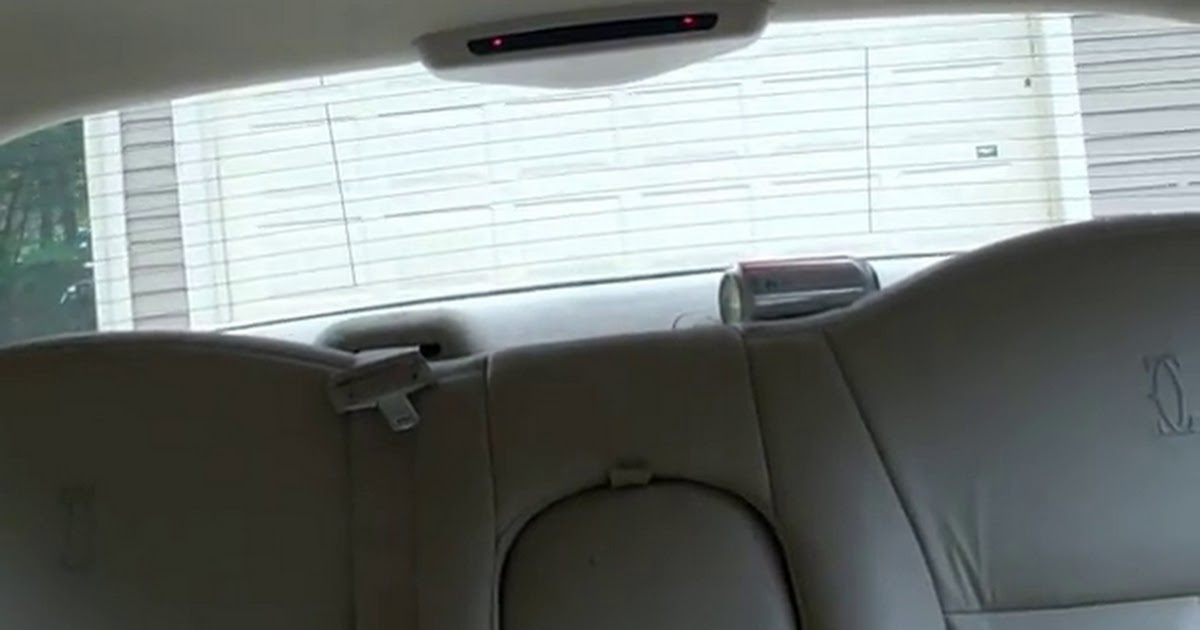 - Replaced my steering wheel buttons, I can actually read them now! 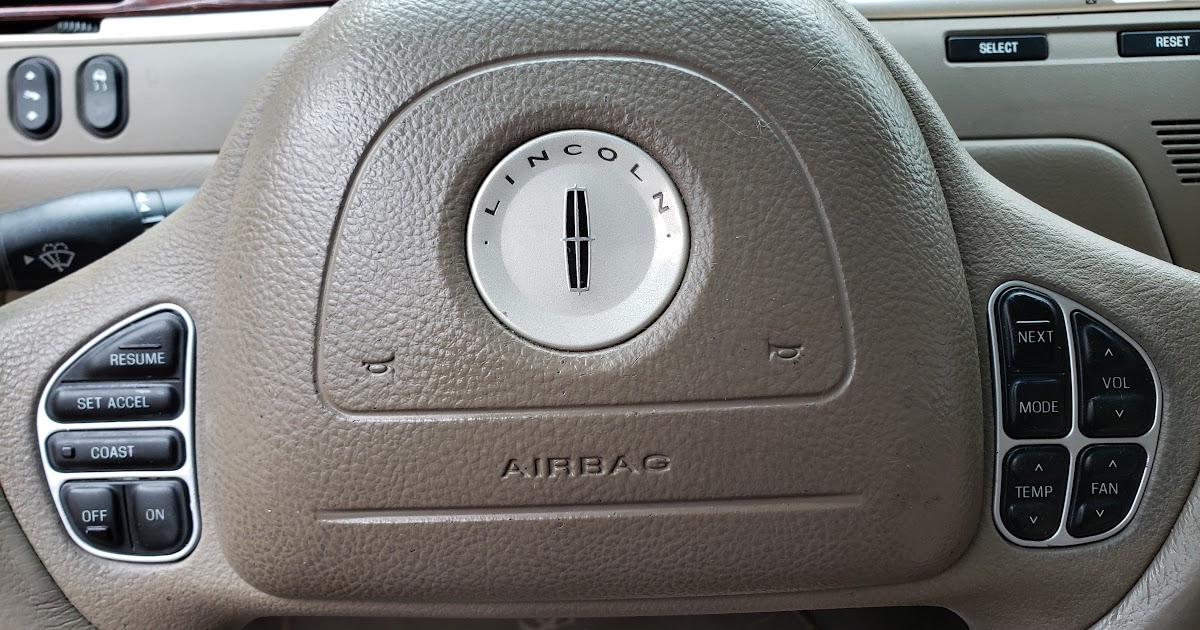 Also, made more progress parting out my '05 Signature Limited:

Love your Chrome over Front and back wheels.... I have its twin....Must do mine...

Maytag87 said:
Nice wheels @Norms1stTC! Over the last week I had a lot of fun on my '03 Cartier:
-Tested out the RainSense wipers, pretty neat!

- Replaced my parking assist sensor with a new one, it works!

- Replaced my steering wheel buttons, I can actually read them now!

Also, made more progress parting out my '05 Signature Limited:

Nice, you should fix the sagging third brake light....

I did the expensive way and bought a new hi-mounted brake light, glued a small metal "rod" to prevent it to sag again and put some window strip to prevent the reflection on the tinted window. 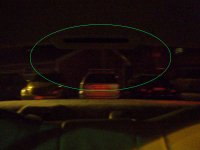