I found this on another web site. NOW we know the true meaning of MKT--or do we. 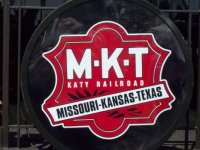 The MK Lincoln used was a derivative from the former Mark naming scheme. That's why some people think these are called Mark T. Technically, they're not wrong, but trying to look up any parts or information for a Mark T will probably pop up references to the Mark LT - F150. When you look at all of the Lincoln MK models, the last letter is always italicized and larger.

Nassmkt said:
Mk stand for mark and the t stand for town car this model was a concept car before they replace the town car in 2010
Click to expand...

I was under the impression that the Large italicized T was for Touring.
Remember, back in 2010 & 2011, Lincoln produced the Town Car and the MKT.

So I guess that the MKX is actually the Mark X and the large X is for crossover?

Tofer said:
So I guess that the MKX is actually the Mark X and the large X is for crossover?
Click to expand...

Hi Tofer. Your guess is as good as anybody else's.

Perhaps it was Mark X and the "X" is for crossover"? Since it was Lincolns first CUV.
And MKC stood for Mark C and maybe the "C" is for compact?
And it is possible and/or likely that MKZ was for Mark Zephyr, since that model was called the Zephyr in its first model year (2006).
And MKS stood for Mark S and perhaps the "S" stood for Sedan or Sport? Or an allusion to the S usage for some premium European sedans and sport sedans?
The T in MKT could have been for Touring or Town Car. Or perhaps both? Even though the MKT and Town Car existed alongside each other for a few years (until the Town Car was discontinued), it was Lincolns hope that the MKT would replace the Town Car in popularity as their top non-sporty luxury passenger and livery service vehicle.

In the end, the alphabetical naming system was a sort of half-thought-through plan. Which is why it was dropped.