I already have the blower and the switch, but I don't have any other part of the system.

Note that this is not the defogger you see in the Mark III that is self contained and sits in the package tray. This version is specific to the 1968-1970 Ford/Lincoln/Mercury full size cars. The Lincoln and Ford/Mercury versions of this system are very similar, but differ in that the Lincoln version has a smoke extractor outlet in addition to the defogger.

Below are diagrams of the system taken out of the original Lincoln/Mercury master parts catalog.
Lincoln version with smoke extractor: 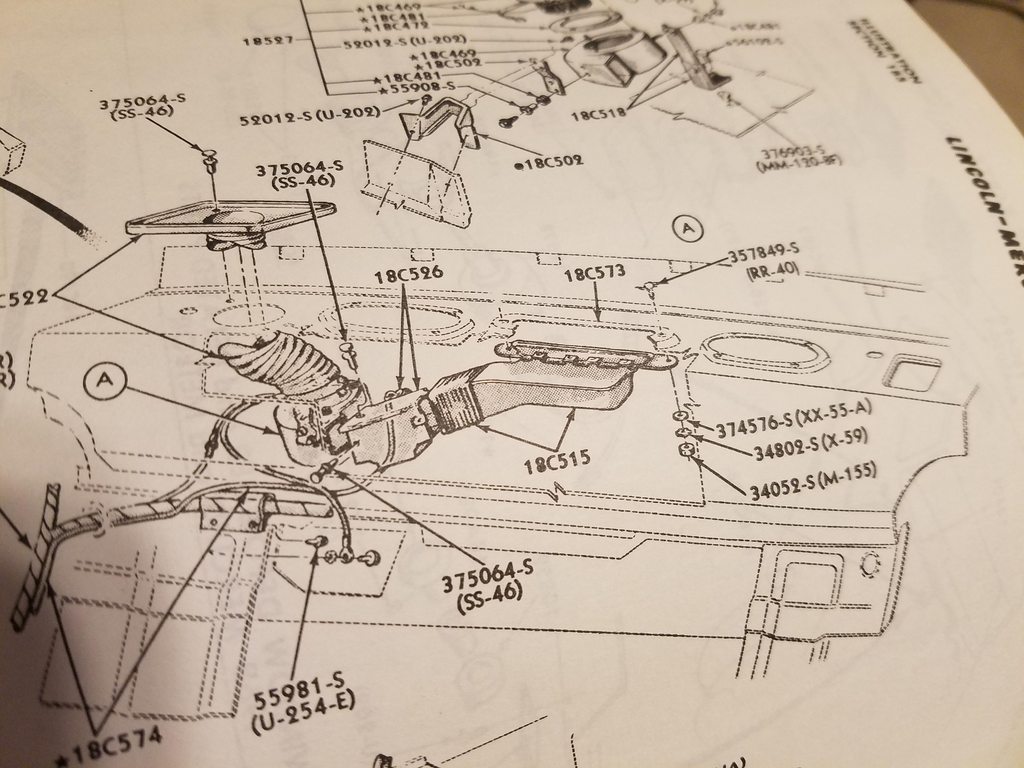 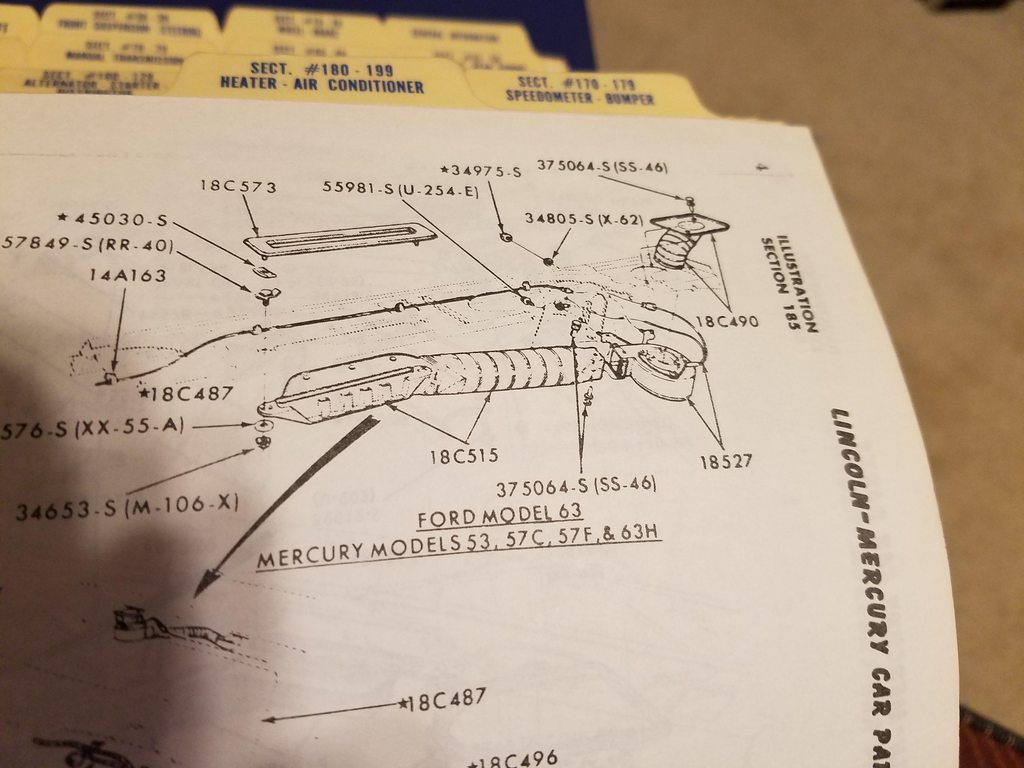 The group numbers for the parts are shown on the diagrams, but I do have full part numbers if needed. However, the group numbers are fairly specific to these systems, so if the group number matches the part should fit (theoretically).
Any info on where I might find these parts would be greatly appreciated. It would most likely have to be pulled out of a junkyard car, and I would be willing to pay for the trouble to extract it and ship it if someone can source one.